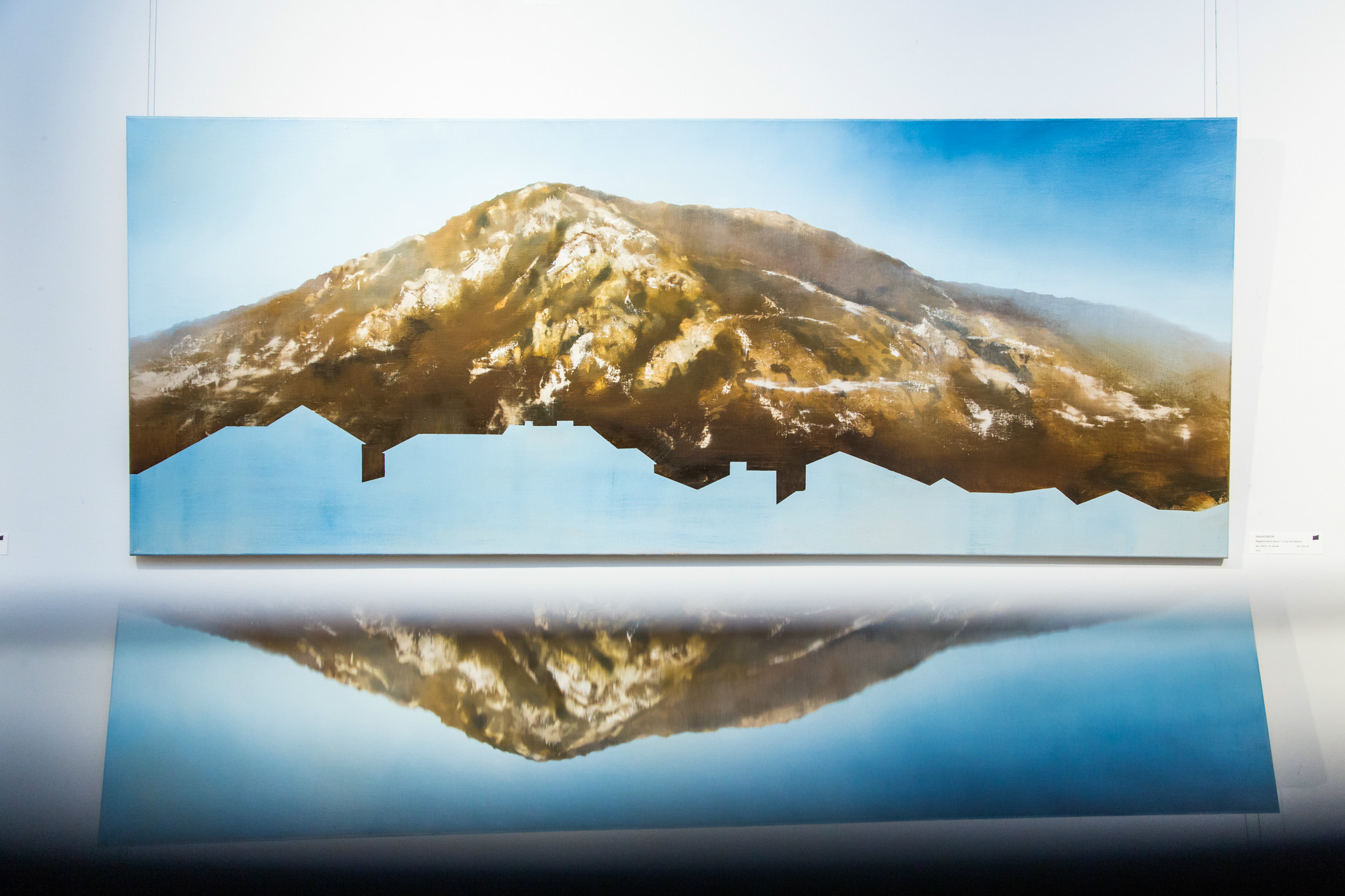 The works of art of the exhibition ’Sun-City’ are constatly pushing the envelope of the medium of painting. The artist dosen’t only surprise us by the fact that he cuts the canvas or wooden board by the edge of the contours of the depicted view and interprets them as spacious forms but by combining two different images into one composition he creates a new one. Late antiquity, renaissance architecture and horticulture types have been playing an important role in Kondors’ painting since the beginning of his carreer as an artist. One of his main approaches is to addopt and reinterpret these perfect proportions of the architectural forms.

In the painting „The Ways of Attention” the cut out forms of the sculptures remain invisible while on the pendant image the reflections of them seem to appear on the rippling surface of the water. The limits of the visual cognition appear as metaphors in these works while the sensual view simultaneously evokes a memory of a withered golden age and the undefinable misteriuos feeling of dreams. The painting-animations slowly lead the perception of the spectator on the surface of the image bringing those into a medtiative state of mind who devote enough time to receive the particular work of art.

Attila Kondor started the painting-animation project in 2014 in which he ellaborates the ways of perception, reception and cognition. After the A38 Ship Gallery, the Kiscelli Museum Space and the B32 Gallery the next exhibition of „The Ways of Attention” project is the „Sun-City” which is going to be on show in Resident Art Budapest Gallery until the middle of June. The paintings, graphics and animations complement each other and lead the viewer to a contemplative observation. The moving and standing images effect the senses and propose questions at the same time which through the perception of art opens the way for self-reflection and our ultimate questions.