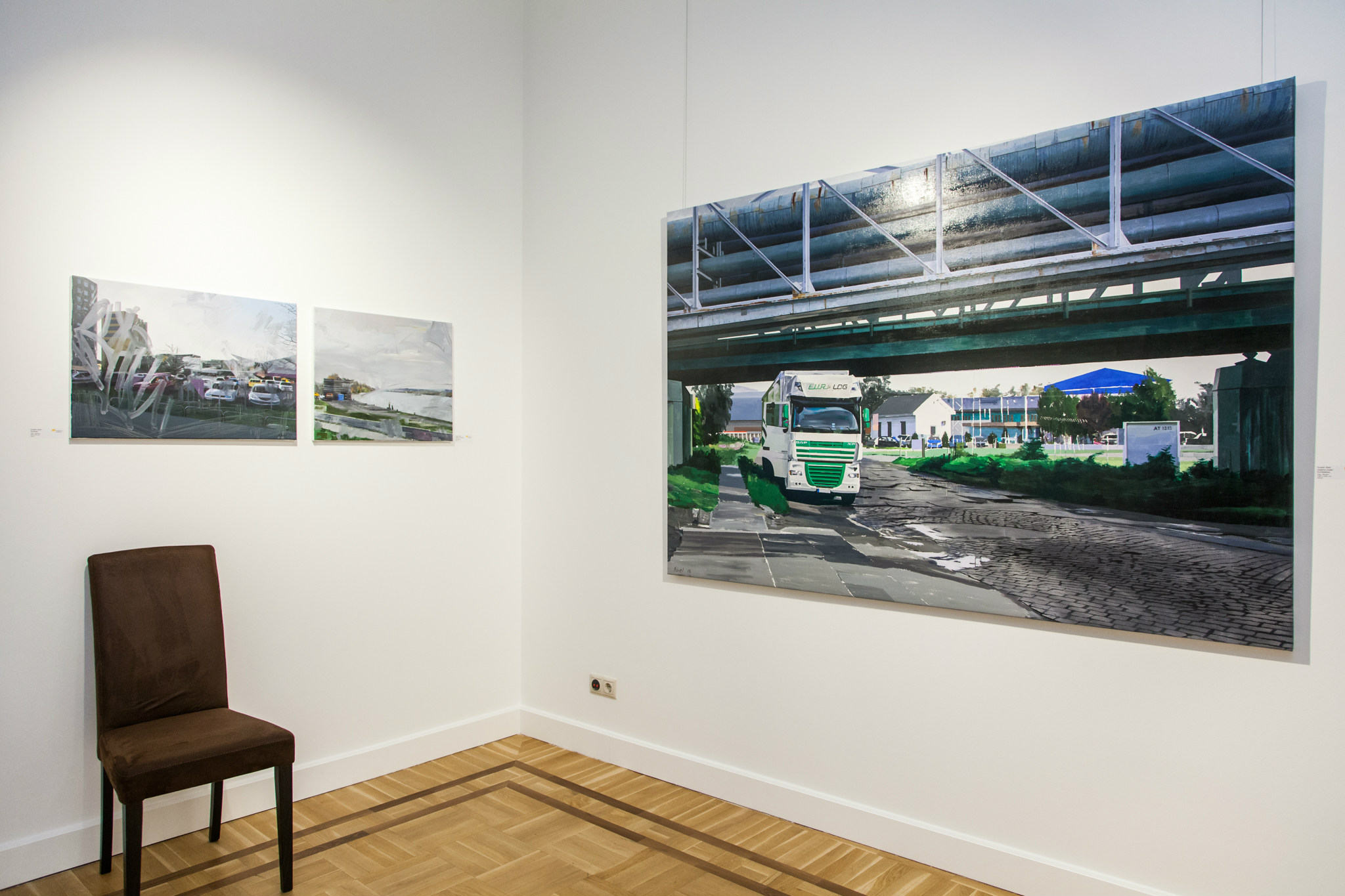 The paintings of Ábel Szabó made mostly during 2016-2017 depict the urban topics that we have got used to seeing from him with completely new techniques, by swapping the timeless view point to the momentary one. In order to get a photo-realistic way of looking at things the intricate method of using the brush has been changed to the method of paint applied in stains and wiped on the canvas, dynamic brush prints are used and the brave solutions of composition, and also the treating of the surface is applied also that is based on doubling. The artist allows himself to switch between the intricate and roughly worked surfaces and enjoys the spontanious spacial relationships created by effecting each other and this way he is not afraid to make the observer insecure either. Relating to the Hungarian painting traditions, he totally recreates his own sight and the sight of the social, economic and cultural changes depicted in the sight of the cities at the end of the 2010s.