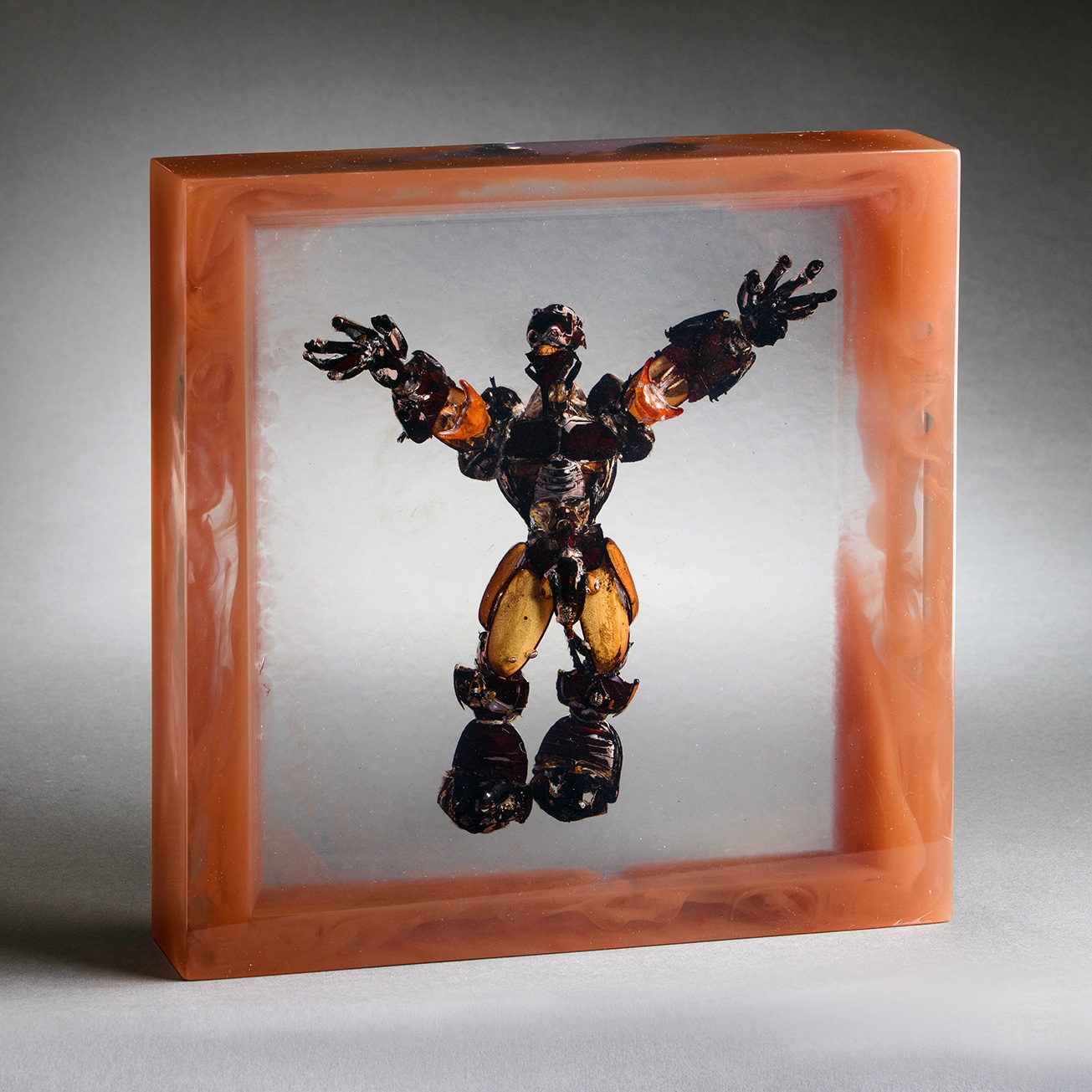 “My Kitin series revive my miserable childhood when I couldn’t get hold of expensive, western toy figures, so I was forced to make them myself with my modest tools. This habit is still very much alive in the Third World, although – ironically – nowadays these toys are being manufactured there. Since the raw material of this project is nothing more than Thai beetles and insects, I settled into the mental anguish of a Thai boy: because I can’t get the popular transformer toy figures, I walk out into the garden (jungle) and patch up something seemingly similar. The joke is that – in this performance – the result has the aesthetic qualities and appearance of its pop-cultural patterns. However, the manufacturing and the very es- sence of these pop-cultural patterns – business, consumerism, marketing, kitsch, Hollywood… – are in stark contrast to the essence of the tiny statues, such as: nature, craftsman- ship, unlimited fantasy, creation and respect…”