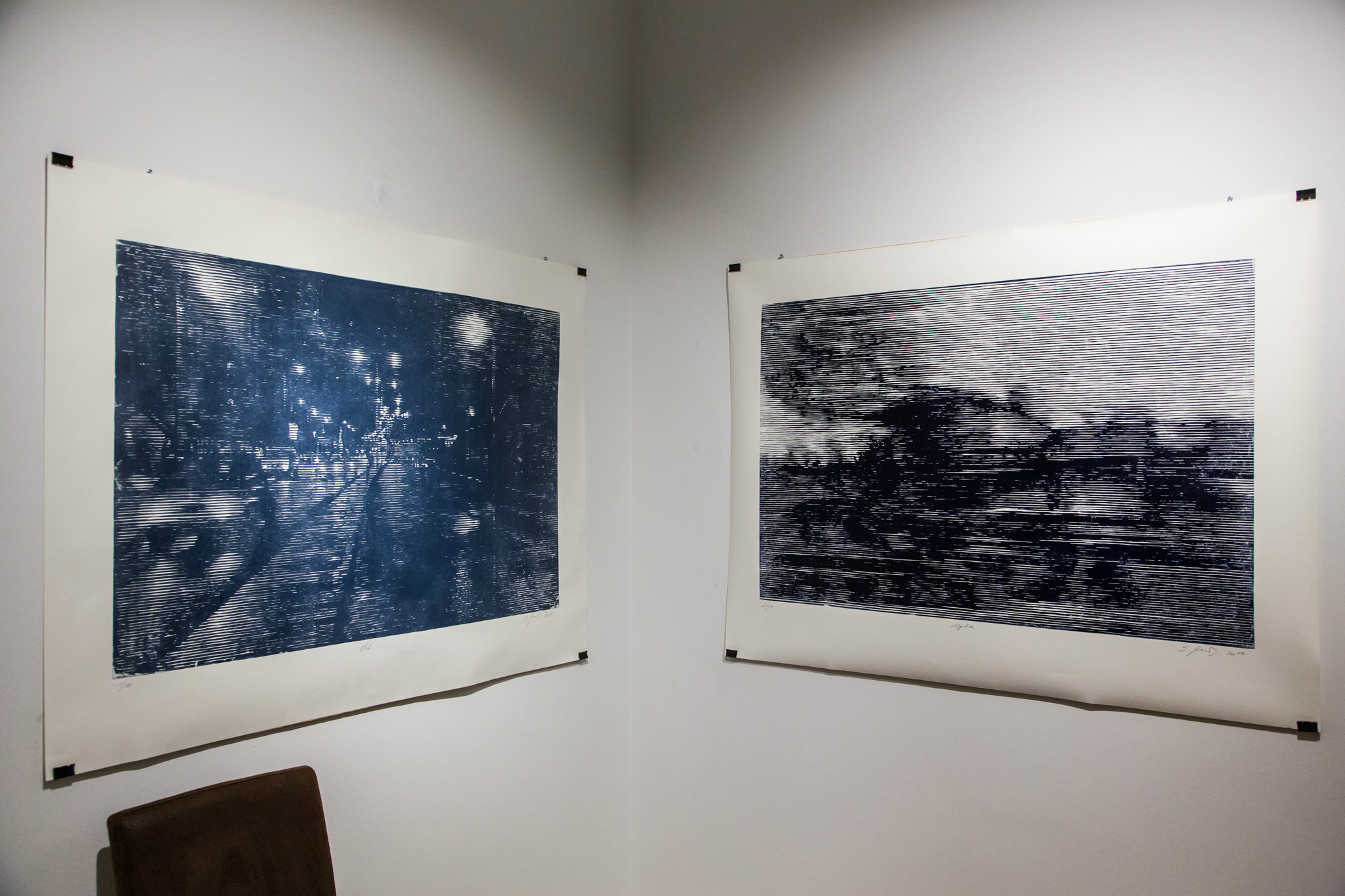 Wood engravings are rare features in the contemporary art world and are just as scarce as copper engravings or lithographs are today. Traditionally reproduced graphic works are not overly popular and thus, it seems as though, they are gradually becoming obsolete. Although most artists learn these techniques during their studies, only a handful of them have the courage or are motivated to create works of art in these genres. Moreover, with the spread of digital graphic design tools, traditional techniques seem redundant and outdated. However, a new, unconventional use of traditional reproduction techniques is observable amongst contemporary artists: Anselm Kiefer’s giant wood engravings, William Kentridge’s singularly created graphic works or Franz Gertsch’scolossal photo-realistically produced wood engravings are all fine examples of this phenomenon. Similarly, reinterpreted forms of screen printing and watercolour paintings are reappearing amongst the popular genres. Unfortunately, reproduced graphic art was never considered an equal to paintings in Hungary – neither amongst art theoreticians, nor collectors – which is perhaps due to the mistaken assumption that graphic art is subservient to painting and thus represents a lower inherent value than easel paintings.

For the artist of German descent, movement and displacement is not merely an artistically important theme, as it also plays an important role in his own life as he’s been on the move for a significant period of time; he previously lived in Portugal, Hungary and Germany for years before returning and settling in Hungary a year ago. He chose a host of locations as the main theme of his latest series which, due to their very nature, have become “non-places” (Unort), some of which were originally built as such. These “non-places” include motorways, tunnels, airport terminals, mall corridors or underground garages. None of these were designed for residing within, and furthermore, due to their function have been destined for transit use. Hence, the title of the exhibition refers to passing and crossing, which is related to one of the most frequently used expressions of our time and age, speed. Not only does the increase in speed lead to a change in our sensations, but also alter our notions and memories of imagery. The landscapes and locations appear in a fractional and disintegrated manner in our retinas, etched into our memories as a blur. The landscape, as viewed from the window of a speeding train or a car passing through a tunnel, is no longer an image consisting of characteristic details, but rather a faded impression which loses its individual nature and seamlessly serves into some kind of unified landscape, the uniqueness of which our brain – due to the speed – is unable to perceive or accommodate. We quickly end up with a headache when staring out the window of a high-speed train. Osnowski evokes the imagery of the world of passage by a fragmented and abstracted view through a technique in which the time spent on its creation is inversed to the proportion of the time of the reception regarding the perceived experience. The reception of the unusually large-sized wood engravings requires space, distance and time in order to somehow piece together the abstracted view of passing images.