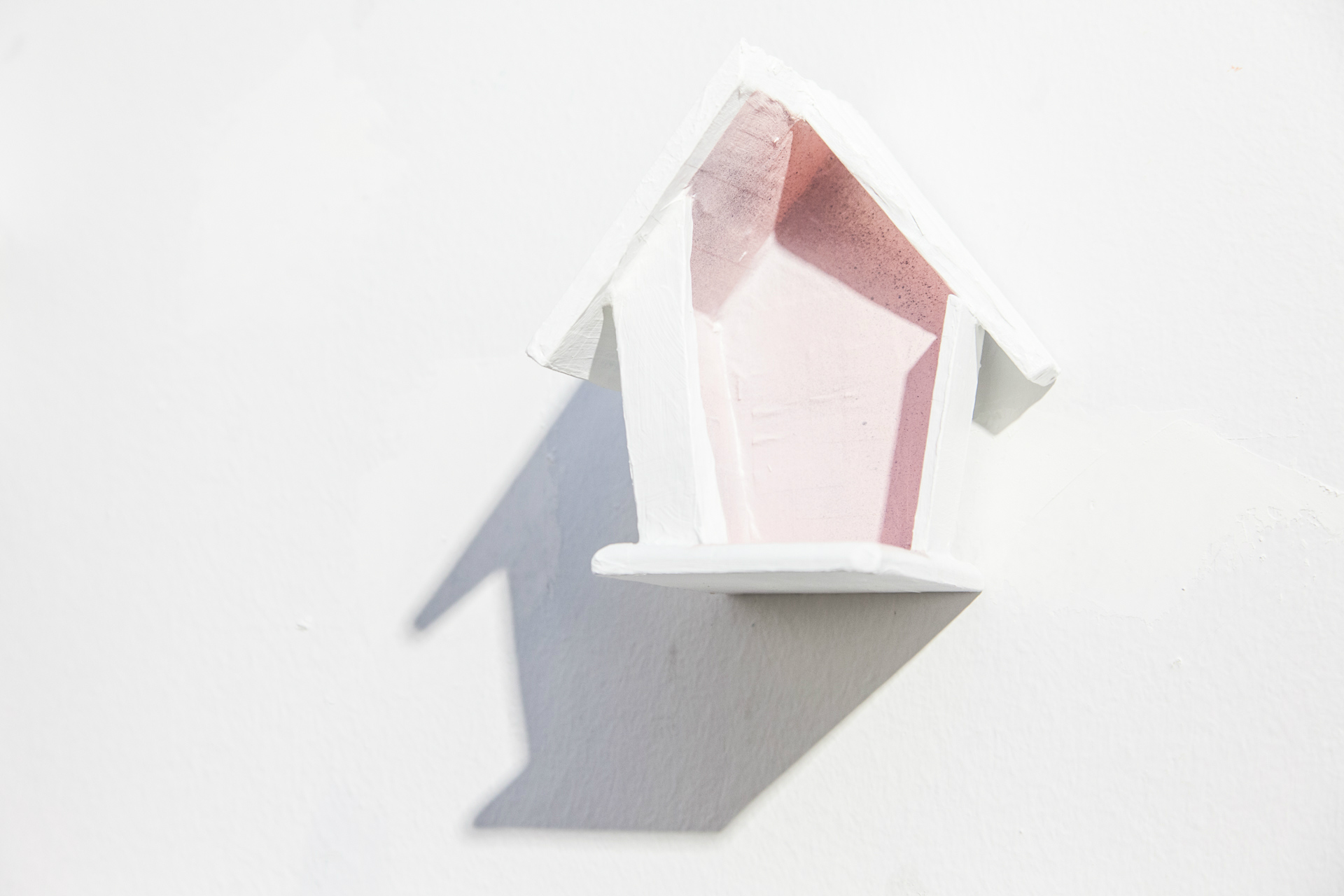 In his graphic works, Mátyás Boros has been moving beyond the boundaries of narrowly interpreted graphic arts for years, and moving towards installations and objects, most recently also in the direction of the ready-made. He leaves the surface defined by the dimensions of graphics in every single exhibited work of art, and he steps out into the space, as if he felt the opportunities provided by the surface too narrow. In the art of Boros, this shift, i.e. the crossing of the borders between dimensions and genres, is not a game for its own sake, but the result of the impact of the content on form in every instance, where the carrier adds as much to the interpretation of the work of art as the depicted form.

As far as his topics are concerned, Boros prefers the tropes of collective image recollection and the world of everyday objects, which we catch a glimpse of with the joy of recognition, but in the same moment this good feeling passes due to a sense of fragmentation, deformation and incompleteness, and is replaced by the unpleasant feeling of almost. The barriers of visual satisfaction – the forms of foldings and truncations, which have a frustrating effect – almost prompt the recipient to intervene in the work of art, as well as to uncover and repair the hidden parts. The enjoyment of the presentation of forms and the simultaneous feeling of fragmentation causes a tension in the work of art and in the recipient as well, which is not resolved at the exhibition.

The almost works of art simultaneously refer to incompleteness and imperfection (imperfectum), which are the signs of the mundane imperfect representations of ideal or idealistic objects and notions, but also the metaphors of the fragmentation of human existence. It is hard not to realise the parallel between the almost state of the installations and the topics of the masterpieces selected and adapted by Boros, most of which are images of the recollection of European culture, with the topics of the fragmentation, incompleteness and aberration of mankind (The Fall, The March of the Blind). When visiting the exhibition, it is useless to hope for the realisation (perfectum) of our almostness, but at the same time we can get used to or almost get used to living together with this knowledge.