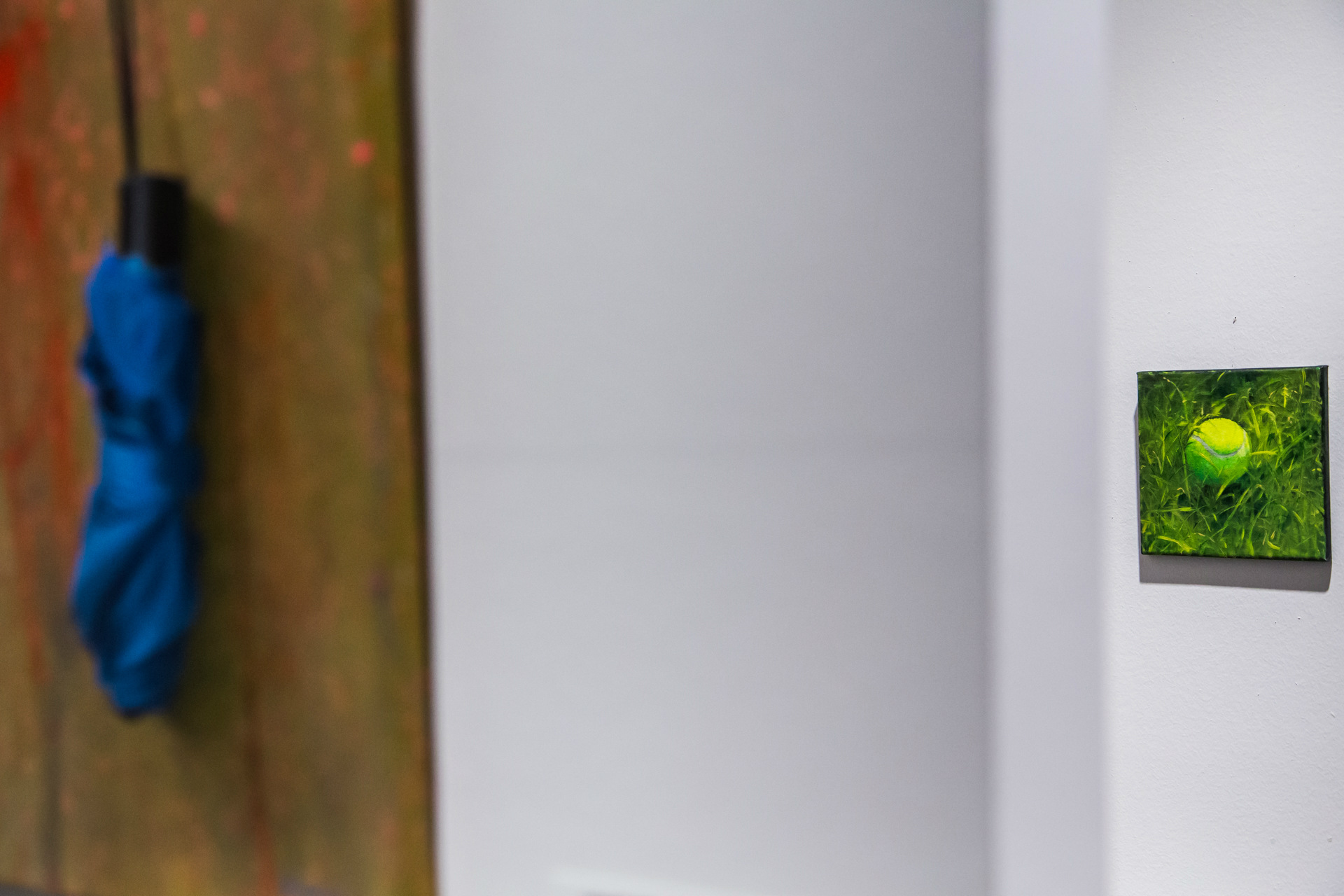 Showing the latest paintings of Lehel Kovács could be regarded as the organic sequel of a former exhibition this spring. We can see several paintings which are witnesses of a great inner transformation and wayseeking of the artist. These paintings represent the inner transformation and quest for the right road of the artist. These processes of transformation were present allready on paintings from the second half of the last year. But today it is not a quest for the right road any more but much more a new direction of a characteristic new formal world which can be recognised easely in his works by now.
Most of his paintings in the past were depicting landscapes appearing in nature and also signs of human civilization in an almost conservative way of painting whic has changed by inner spaces, by personal objects located in undefined spacial relations that reflect a much more intimate and personal atmoshphere than his earlier panoramic view scenery paintings.
Recently he has not insisted on depicting the actual view. His brush strokes have become much more instinctive, daring, powerful and scamped representing the struggles of the artist, his decisions and his free quest for the right road. His moderate use of colours have been changed to the use of very intensive ones.The relation between the objects and the background behind them can hardly be interpreted. As a result we have the feeling that the stained, patterned old walls have become the main focus of the paitings. The joy of the detailed and eye tricking way of depicting which was familiar from his former paintings can be recognized in the painting method of his objects in the foreground. The backgrounds of his paintings have been developing in time and became main motives of the paintings while the reality of the foreground objects instead of emphasizeing their presence they emphasize their temporary, banal, evanescent character. In the confrontation of the two different ways of painting background and foreground we can also recognize two different periods of his life. So the title „Tour de Hongrie” can be interpreted simultaneously as an inner time travel (recollection), as a wayseeking or as an artistic answer to the timeless undemanding environment in different parts of Hungary.