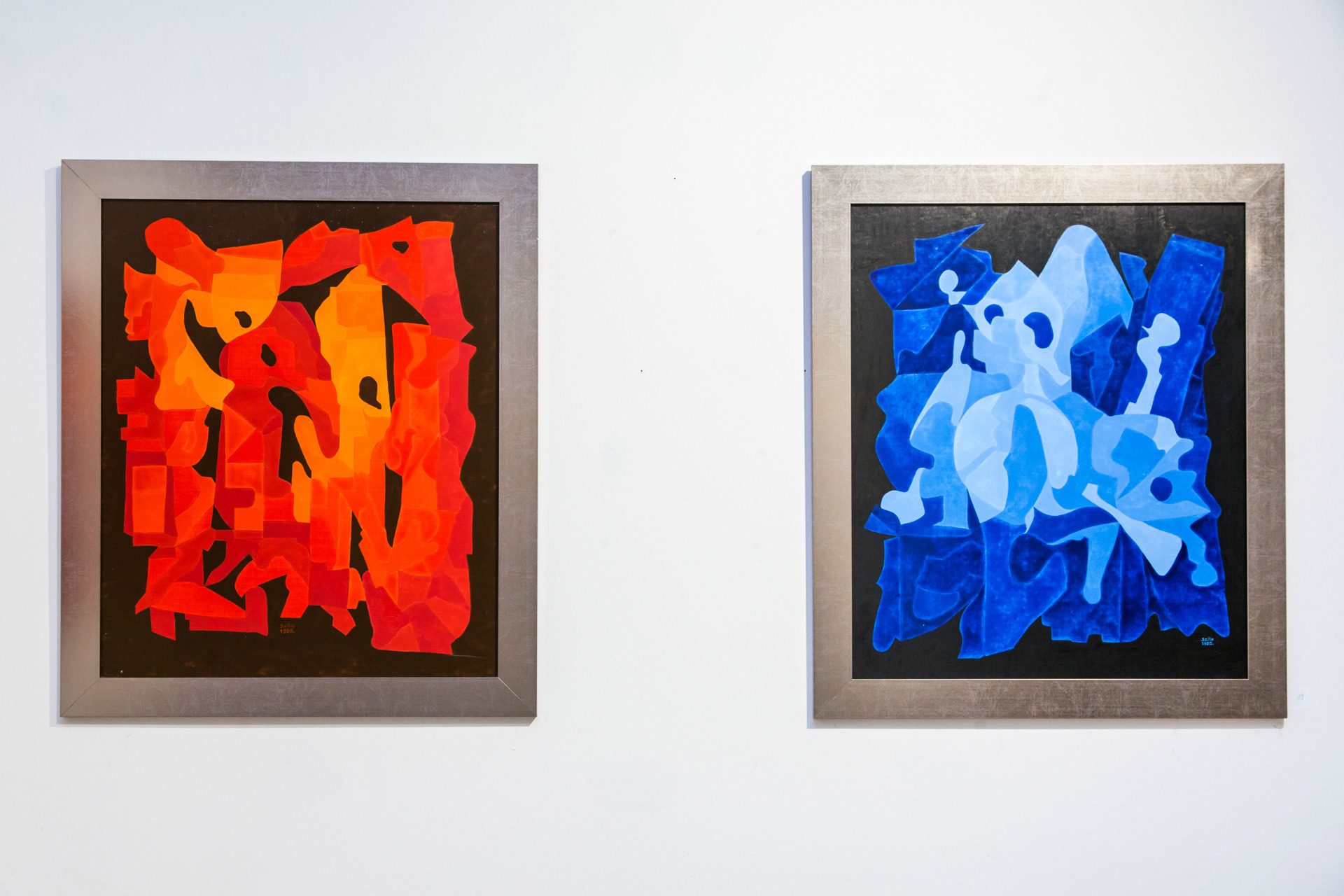 Only a few people might be familiar with István Szita’s art, which is not too surprising, if one has read his life story. The young István Szita, who was dedicated to choosing the profession of an artist from his early childhood, was admitted to the College of Arts, but due to his religious ambitions could not begin his studies, even with the recommendation of master Barcsay. But, as a consequence of an open conflict with the bishop, his religious career soon crashed, and he could never return to the profession of a clergyman.  Afterwards, he was occupied as a laborer, while he continuously worked as an artist on the side, always completely excluding the public. His paintings, which were inspired by intensive experimentations, the art school of István Szőnyi in Zebegény and international influences, can be clearly divided into two groups.

His religious paintings are mainly characterised by naive, narrative and mostly unoriginal art, but they constitute a unified world, which is definitely worth introducing.

In parallel with this, István Szita developed a completely autonomous, colourful and non-figurative painting style, which ignores expectations, and the pieces of which remained only in the artist’s studio for many long years. As a result of that continuous work, an unknown heritage of nearly 2,500 paintings is waiting to be introduced. For our current exhibition, we selected some pieces from this unknown part of his oeuvre – none of the pictures have ever been presented for an audience. So, the exhibition is a posthumous introduction and also a retrospective exhibition.

The two main motifs in his art are absence and the arrangement of accidentally developing forms into colour harmonies and plane compositions. In this non-figurative world of paintings, in which all kinds of publicity were foregone, he could unfold his desire for freedom, which could not evolve in reality, but which continuously found its way into István Szita’s life – mainly through his paintings. Similarly to some artists of the European School, István Szita painted only for himself throughout the decades. In his style, the influence of paintings in the European School can be discovered. His pictures, which are based on pure colour surfaces, reveal the impact of the colours and shapes of Árpád Illés. The evolution of this freedom was on one hand prevented by the suppressing regime of socialism, which controlled individuals, and on the other hand by the ambivalent relations with the church of that period, as well as by his work, in order to make ends meet. Considering this, only an extremely persistent steadiness and an inner motivation can justify the systematic self-instructed artistic work, the result of which is the presented world of paintings, which did not have the opportunity for an introduction or a positive reception for a long time. The solitude of the study room, however, provided an appropriate environment for him to create his paintings in freedom, without assumed or real expectations towards himself.